Hi - exciting news! I've just launched my brand new website and blog. You can find the latest news on my books and what I've been up to at www.janeenbrian.com.au or on Facebook

Hope to see you there soon.

Kind regards,
Janeen
Posted by Janeen at 1:44 AM No comments:

Oh, what a feeling!

After months of planning, my children's, historical novel is officially launched. That Boy, Jack (Walker Books) has taken over 10 years to get published. Now it's out there. Happy reading, everyone.

It was a happy day! 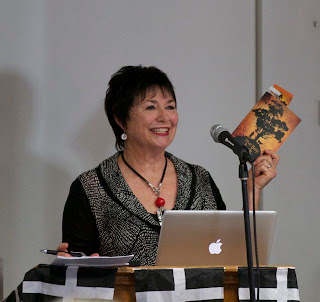 With the book at last! 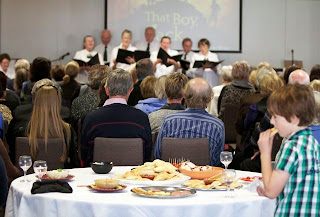 Jack took a liking to the Cornish pasties! 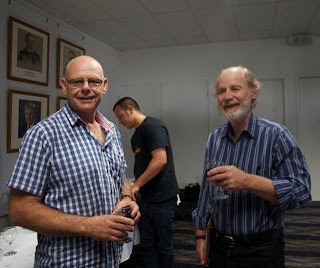 After the book - more surprises.

after the book . . .more surprises. 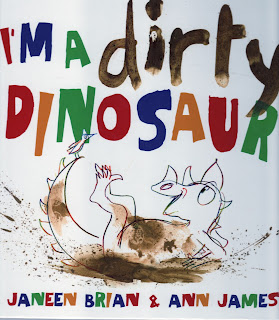 The two words Kernewek Lowender, mean Cornish happiness and is the name for the biennial Cornish Festival which occurs in the old copper mining towns of Moonta, Kadina and Wallaroo on South Australia’s Yorke Peninsula. 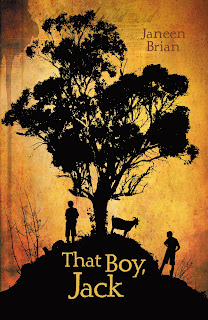 It’s a time for Maypole and Furry dancing, singing, wrestling and historic walks, for parades, pasties, poetry and more, all to celebrate the Cornish culture that came to Australia through the early immigrant miners and their families who arrived in sailing ships from Cornwall from 1840's onwards. 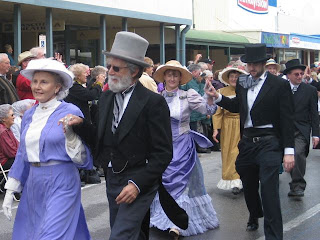 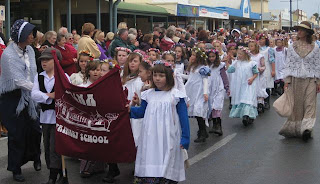 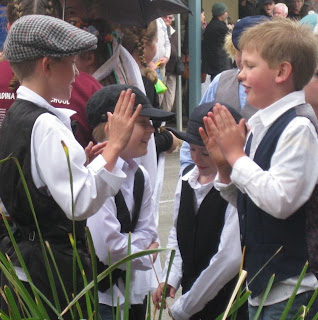 I was thrilled to have a special Cornish launch of my historical, children’s novel That boy, Jack, (Walker Books) which is set in the heart of the copper mining region, during this week's festival. And to know that my ancestors were miners who made a new life in South Australia. 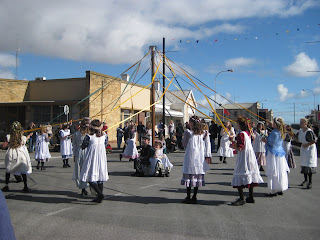 It was made especially memorable because my friend and writing colleague, Rosanne Hawke, herself of Cornish ancestry  and acknowledged as a Bard of Cornwall, launched the book. 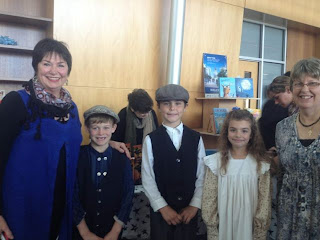 when THIS becomes THAT

It started as a seaside sculpture that’d been YARN-BOMBED. The community of Holdfast Bay, SA, including me, KNITTED, CROCHETED and finally STITCHED wool scraps around the metal creation called RHYTHM.

The brightly coloured shape ENLIVENED the environment and gave FUN and PLEASURE to all for a month. 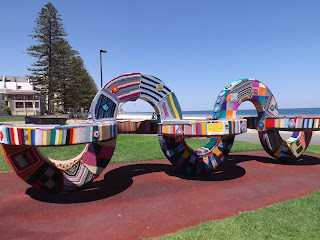 But what was to happen to the sculptured pieces afterwards? Had they reached their used-by date? 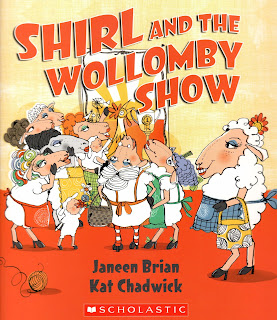 My picture book, SHIRL AND THE WOLLOMBY SHOW provided the answer.

The resolution of Shirl the Sheep’s problem was to use remnants of knitting and create a SCARECROW.

With the help of artist, Violet Cooper, the Holdfast Bay Community Development Officer, Jenni Reynolds organised a children’s workshop, called SCRAPPY SCARECROWS.
At the workshop we created Rex the Scarecrow, and his friends, Harry the Duck and Scare-Dog. 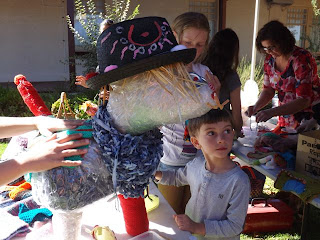 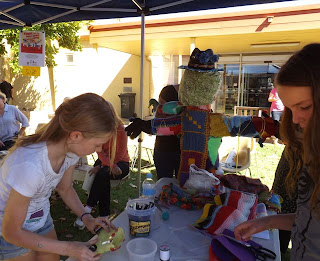 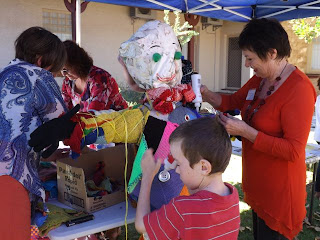 At the moment they’re display treasures at the local libraries . . .but after that? Well, they’ll be off to live in a newly created Community Garden in North Glenelg, SA.

Just where a scarecrow and friends should be!

What a lovely recycling story.

Loved my time in Melbourne recently!

Had a great meeting with Erica Wagner, publisher of Allen & Unwin who will be publishing my next book: a picture-poetry book called Village Child, illustrated by the multi-award winning, talented Anne Spudvilas, due out in 2014.


A brief but nice catch-up with my agent, Jacinta di Mase and her children, at the State Library of Victoria Children's Book Festival.

I was blown away, so impressed, with this well-attended event. I heard approximately 15,000 families and children enjoyed the day.


While I read the book, during the afternoon, over a hundred children had fun making their own Ned Kelly masks. 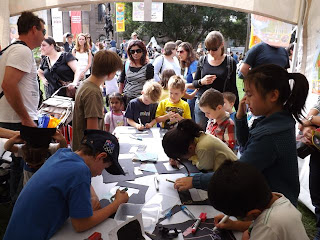 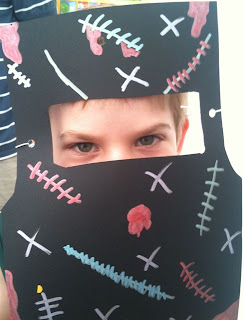 Thanks Random House and thanks Melbourne.
Posted by Janeen at 5:24 PM 2 comments:

Beneath huge, leafy plane trees and among its shadows are hundreds or readers and writers and tents and children dressed up or listening and watching creators in the Story Tent. 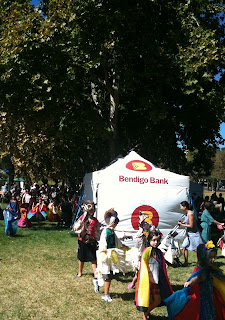 It's Kids Day at the highly-regarded Adelaide Writers' Week and the first time the free festival has been held annually. 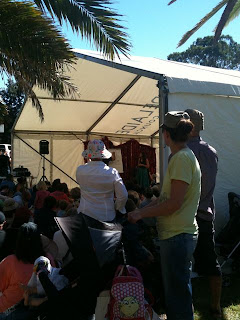 I was especially chuffed to be asked to present in the Story Tent. Why? I had my two new picture books, I'm a dirty dinosaur and Meet Ned Kelly, to read and celebrate! The tent was full to overflowing with toddlers, older children, parents, grandparents and others interested. 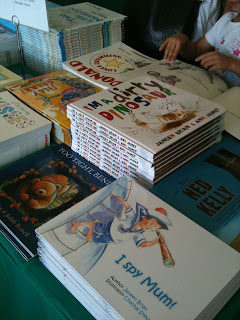 It was a great time. And my new books sold out.
Posted by Janeen at 5:41 PM 2 comments: