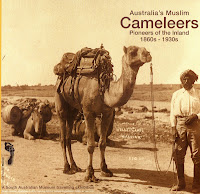 Every book has its own story. The one the author intended to be read. But what are also fascinating are the countless mini-stories that occur as you, the author, create that one book.

Creating books lend itself to all sorts of serendipitous happenings, in all forms. Have you ever discovered a piece of information that seems to have been sitting around simply waiting for you to unearth it? Has there been an odd comment uttered innocently in an everyday conversation that somehow gave you a whole new slant on your book? Or have you discovered an object that evoked an idea - or was perfect in some other way? Claire Saxby once found a soft toy, blue whale in the gutter. She’d searched seriously in shops and other venues for just such a thing to use in an activity for her picture book, There Was an Old Sailor, but had had no success. What are the chances of that happening?

These mini-stories are endlessly fascinating to us as writers and readers. They’re like barnacles that adhere, one by one, to the main jetty pole, adding to its shape and texture.

But equally intriguing is what happens to our books afterwards? I don’t necessarily mean at the launch or during those rigorous inroads of self-promotion. I mean the ones you don’t expect, the the surprises that add another layer or two to your fully completed written book.

Perhaps you never expected your book to turn up written in Braille? Or that your story would become a film. Or that a letter arrives from a stranger, explaining that your book was the first one their child had read from beginning to end.

My camel books, the award-winning, information book Hoosh! Camels in Australia (ABC Books, 2005) and the picture book Columbia Sneezes! (Omnibus/Scholastic, 2008, illustrated by Gabe Cunnett) now have several such legacies. As such, they have consciously or subconsciously enriched the book for me.

They’ve also demonstrated that while each book itself is tangible and complete, they still pulse with possibilities.

Let me share a couple of afterwards stories with you.

During the research of Hoosh!, I was extremely grateful to the knowledge of Peter Seidel, Executive Officer of the Central Australian Camel Industry Association. He answered zillions of my layman type questions by phone or email, met me in Adelaide for an interview and provided me with industry information and photos. After the book’s publication, Peter proudly offered Hoosh! as a business gift, to many of his clients in US, Japan and Saudi Arabia, buyers of fine, disease-free Australian camels for the prestigious camel racing circuit.

Hoosh! also found a place in a display case in the South Australian Museum travelling exhibition called Australia’s Muslim Cameleers; Pioneers of the Inland, 1860s – 19303. The exhibition has travelled to many capital and regional cities in Australia since 2007 and is still on the move!

A copy of Hoosh! was placed in a little travelling bag, organised by the Quorn School Community Library, to celebrate ‘Reading @round the Region in 2006. The bag also contained other camel bits and pieces such as the picture book, Little Humpty, photos from Pichi Richi Camel Tours and a pattern to knit a little camel, like Clive! This ‘camel bag’ was sent to outback and remote schools and libraries in the far north of SA for children and parents to use in their reading time.

In 2006, Hoosh! brought home an Honour Award in the Eve Pownall section for Information Books in the Children’s Book Council of Australia Awards.

Later young children devised a song with a string of verses, each including a fact discovered while reading Hoosh!

(lots of fun, especially if you swing your rear from side to side like a camel in the last line!)

And from Hoosh! evolved the picture book, Columbia Sneezes! It grew from a story devised by my grandson and I about a little soft toy camel I’d bought while doing fieldwork at The Voyages Camel Cup in Alice Springs.

Columbia spawned an amazing camel construction made entirely of balloons at the CLIC (Children’s Literature in the Centre) Festival in 2008! And a permanent sculpture is to be made of Columbia and set in a Storyboard Walk in a park in South Australia.

None of these eventualities could’ve been foreseen. But what joy it is to see your work remain malleable and to appear in various ways and venues previously unimagined.

There’s another bonus too. I’ve looked over those happy legacies again. And do you know, they could spark off a few self-promotional ideas for other books!

What are some of your special during and afterwards stories?