How's this for a special moment?

I was talking to a group of Yr 3/4/5's at a school recently and read one of my poems called Nameless. (published by The School Magazine and illustrated by Noela Young)

I'd written it while travelling in northern Western Australia, having been struck with how sad it was to call a mountain, Mount Nameless. After reading further information I decided to write a poem about its naming, and its Aboriginal roots.

So back to the class. After reading the poem, we spoke about it and then one boy said he'd only just returned from a holiday and had also seen Mount Nameless.

I asked him if he'd like to come up and read the poem with me.

He did and we read it together. There was a palpable hush in the room.

That moment was as special as the moment I knew I'd completed the poem. 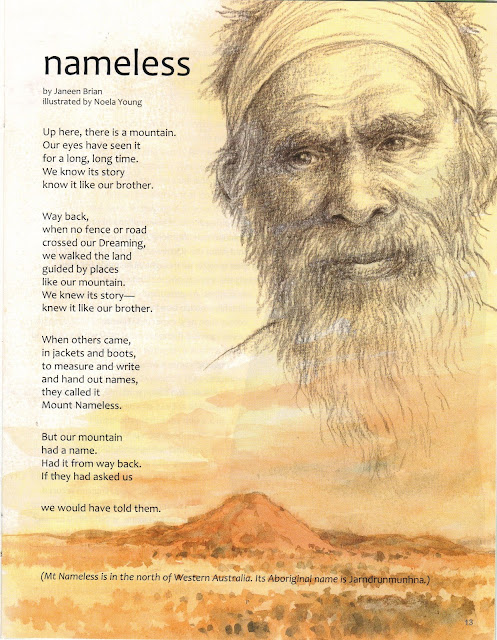